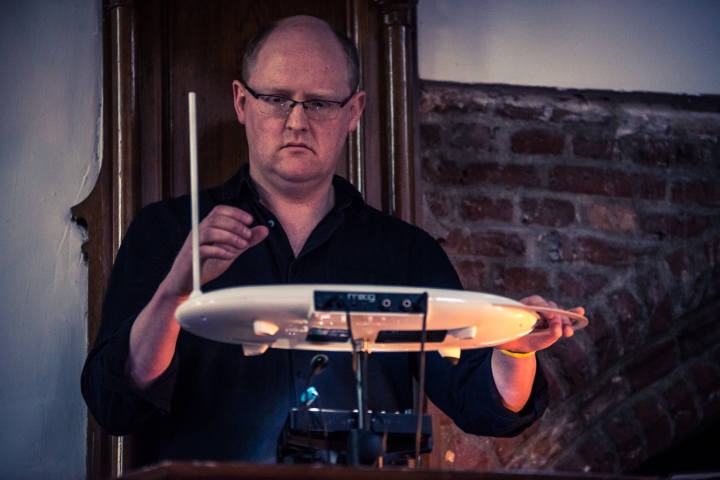 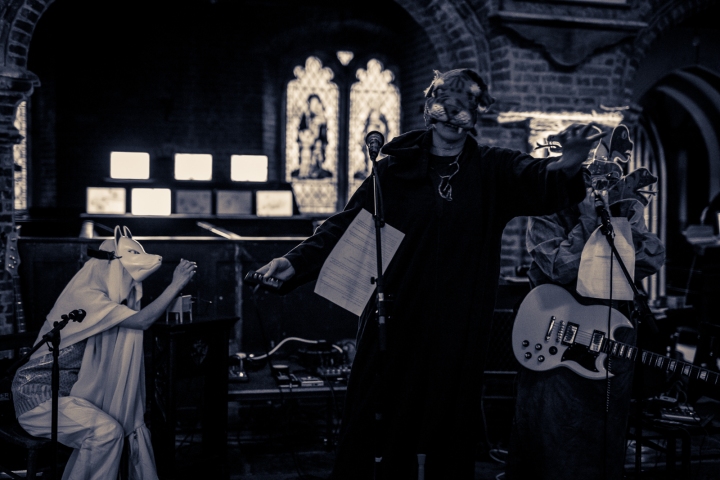 Flange Zoo are howls, snarls and roars from beyond the cosmic pale. Interdimensional beings, consecrators of matter at the heart of a red giant. In the guises of Tiger Gnome, Lotan the Destroyer and Kitsune Tsukai they have since 2012 warned humans on this tiny blue sphere, they have yet to be heeded, as now the orange death rises in the west. See them on beaches, in churches and with creatures down below, amongst Demon Cats, Rat Lungs and the Macrocephali.

“Offences against the state shall be made a public example of, whereas deeds of shame should be buried out of mens sight”.

Free improvising duo with banjo and live electronics featuring electric toothbrush, shaver, motors, can opener. Ian Mikyska is a composer and banjoist from the Czech Republic, currently living and working between Prague, London and Berlin. His work is predominantly intermedia and/or collaborative, including work in video, installation, theatre, dance or performance. He co-founded the multimedia improvisation ensemble Stratocluster and performance poetry duo +x. Bobby Barry is writer and composer from Brighton, England. His book of event scores, Music in Text, was published in 2015 by BCNVT of Stockholm, Sweden. He has formerly played guitar in a girl pop group, directed a small chamber orchestra, and currently performs regularly with the duo Far Rainbow.

Dogfeet are a London-based 4-piece. Experimenting in Industrial, Punk, Noise and digital production. With a traditional Drums, Bass, Guitar, Vocals line-up they create raw, uncompromising live performances, using (mostly) standard instruments to create textures, structures and sounds not typically heard. Being in the presence of this band live is a conflicting experience. In an instant, the sense of mutual purging is palpable – a sense of solidarity, in acknowledging demons equally harboured.

Mothax influences include but are not exclusive to noise, drone, techno, dark ambient, and ritual, using a combination of techniques including, circuit bending, home made instruments, and electronics. His improvisation explore the landscapes of the hypnopompic /hypnagogic.

An audio visual experience of harsh noise, expanded vocals and space opera. An Collaboration between Listen Lisse and Cementimental.

Specifically choosing to use electric guitar and voice as their primary mediums, Matawan seek to portray an aural journey that often treads a fine line between brooding density and compelling ethereality. The primary ideas raised by their compositions relate to the role that melody has within texture and how this relates to the listener.

Merkaba Macabre is the audio/visual project of Steven McInerney, an Australian born multidisciplinary artist based in London. He creates recherché unorthodox compositions through the use of contact microphone manipulation, field recordings and generative electronics. He is the founder of Psyché Tropes, a label and film project which focuses on the synaesthetic intersections between sound and its visual counterpart.

Rotten Bliss is an outlet for the violent, warm and weird expressions of art rock cellist and vocalist Jasmine Pender. Defying expectations of the cello through her preference for extended techniques and extreme FX processing, Jasmine’s abrasive playing style evokes the possession and freedom of rock and roll, deconstruction and decay. Accompanied by sparse cello noir bass riffs, Jasmine sings songs about abandoned lighthouses, transcendence and nightwatchmen, intermixed with stark noisecapes and synaesthesic sound art.

Lia Mice has forged an international career as an experimental pop producer, film composer, live performer and DJ. Crowned “one of the pioneers of experimental pop” by Live And Die In Music, Lia sculpts her kaleidoscopic sonic wonderland by combining cassettes, half-inch tape, bespoke software, hardware samplers, drum machines, sequencers and synthesizers. Her solo LPs and compositions draw inspiration from innovative studio/tape composers BBC Radiophonic Workshop and Laurie Anderson; the enigmatic arrangements of Angelo Badalamenti; and a vast array of electronic artists from Throbbing Gristle to Holly Herndon. Her vinyl DJ sets are equally divergent with a common thread of the uncanny, evoking a twisted score to an otherworldly dance-floor. 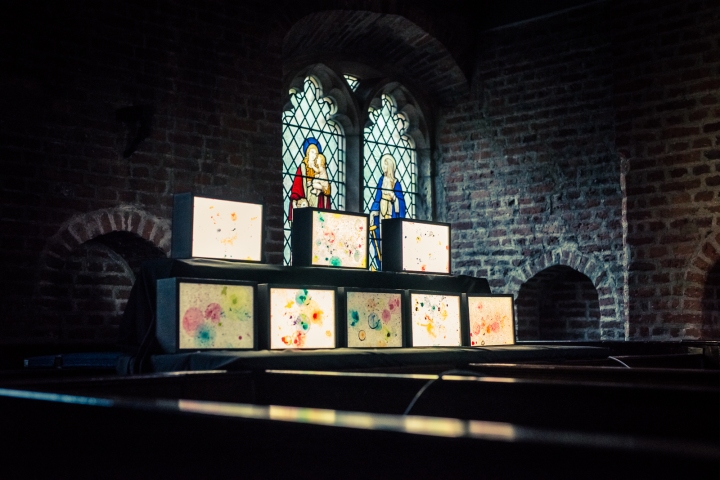 The Light Boxes are born to create a conflict in conformity with our therapeutic research, – melancholic installations / design’s things for a contemporary art gallery which attempts to reproduce the maternal nature of abandonment, and, multidisciplinary surprising rooms of silent films, in which, in both cases, the wealth of graphics frame is told through the outpouring of a light bulb. 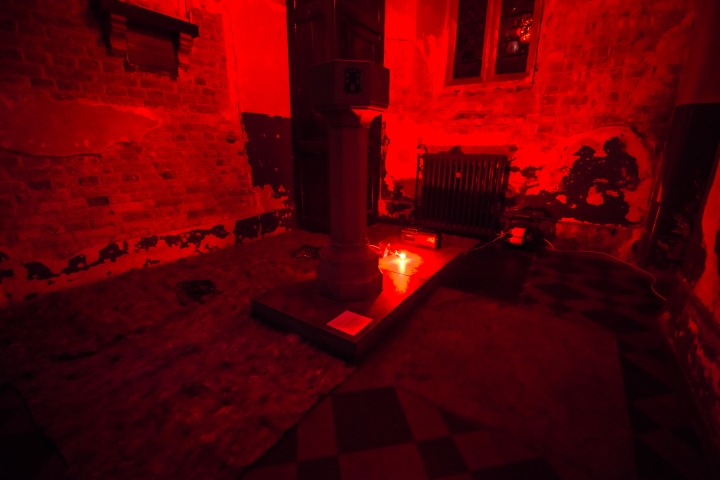 ‘Insulation’ is a mixed-media intallation that explores the tripartite relationship between materiality, incorporeality and evanescence. VLF radio signals local to Stoke Newington are captured and re-broadcast inside the Old Church on a narrow-range FM frequency. This process is illustrated by the placing of symbolic artifacts on the gallery floor. The curled chain suggests detainment. Conversely, the leather skipping ropes denote freedom of movement. Both objects lie on beds of unprocessed wool – a material that can protect as well as smother – which question the role that silence plays in our everyday interactions.